Rodney On The Roq

Today is Rodney Bingenheimer’s birthday.  He’s been called the Mayor Of The Sunset Strip. Before Studio 54 and the disco era took over New York.  Glam was the IT music scene and the the place to be seen was in LA at The English Disco where Rodney DJ’d.   While disco ruled during the late 70s and early 80s.  Rodney touted the punk and New Wave scenes.  He began DJing on KROQ in August 1976 and still remains there with a weekly show at the crazy hour of Monday mornings from 12AM-3PM.  He’ll actually be working on his birthday.  He’s mocked ceaselessly on the Kevin & Bean morning show for his languid patter introducing songs but it’s this style that has endured him to innumerable bands and music fans around the world.  It’s obvious he’s a music fan first and his mic work requires some patience.  Here’s an air check from 1980 and he sounds almost dynamic compared to how he sounds on the air in 2014.

The fact is bands still send him music and he listens to it all and is still excited to play music that thrills him.  He plays what he wants.  Less than 1% of DJs on the air have that power today.  The only thing he has in common with Ryan Seacrest is they both have a star on the Hollywood Walk Of Fame.   Rodney’s can be found on the 7000 block on the north side of Hollywood Blvd.   Actually I take that back.  Rodney also loves celebrities.  And Rodney’s been around some of the best.  Posted below and a number of my favorites. So happy birthday, Rodney!  Here’s to many more to come. 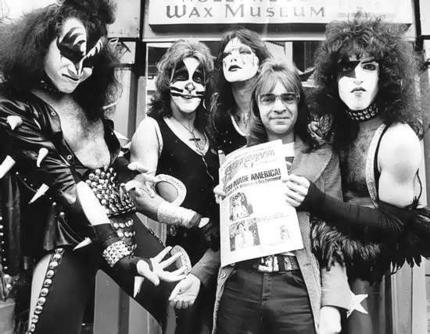 The Monkees and Rodney Bingenheimer 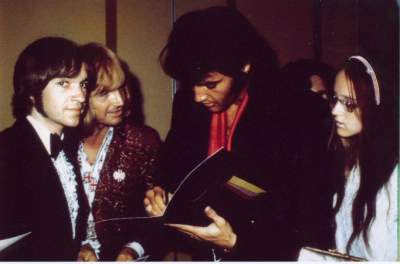 Posted in music | Tagged as: Rodney Bingenheimer, Rodney On The Roq | 1 Comment

One Response to Rodney On The Roq