Garth Brooks was inducted into the Country Music Hall of Fame and I realized that despite the huge influence that country has on rock music it is barely a footnote in the Rock and Roll Hall Of Fame. 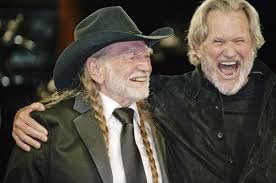 Jimmie Rogers and Jerry Lee Lewis were inducted in 1986. Hank Williams was inducted at the event in 1987.   Woodie Guthrie was inducted in ’88. Johnny Cash got in the Hall in 1992 but since then…nothing.  Oh,Willie Nelson got to induct the Allman Brothers in 1995 but he’s not in the Rock Hall, neither is Waylon Jennings, Merle Haggard or Kris Kristofferson.  Heck, even Glen Campbell who has  and was even in the Wrecking Crew and dominated the charts in the 60s and 70s isn’t in the Hall yet.  All of these gentlemen had a strong influence on many of the artists currently residing in the Rock Hall.

I would also put Garth Brooks in the Rock Hall.   Garth combined the pop songwriting and performing chops of Billy Joel and Bob Seger  (both Rock Hall inductees) and the rock and roll spectacle of a Rolling Stones concert added a country twang to change the face of Country Music forever and with that, converted many rock fans to country music

It’s time to recognize the influence country music has had on the rock and roll experience and get these artists into the Rock Hall. 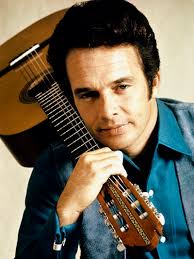