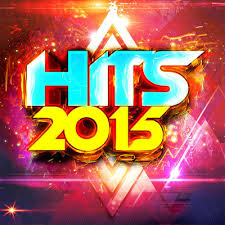 There was so much good music that sometimes the good ones escape our notice.  Here are ten songs that did not escape my notice and were played repeatedly during the first six months of 2015.

Florence + The Machine “What Kind Of Man” Florence Welch created a brilliant song to feature the pop grandeur of her vocals.  It’s an epic song from an epic singer

Wolf Alice “Moaning Lisa Smile” Miss the 90s? So does Wolf Alice, but this song launches them into something more than a 90s retread, cramming catchy hooks and heavy guitars into a 3 minute pop song.

St. Vincent “Teenage Talk” If this was slice of brilliance was left off of  St. Vincent’s flawless album from last year imagine what her next album might sound like.

Benjamin Booker “Wicked Waters” A new indie rock guitar hero is here and this song is the perfect showcase.

TV On The Radio “Happy Idiot” TVOTR keeps on churning indie pop gems and this song sounds just as fresh as their first single did more than ten years ago.

Kacey Musgraves “Biscuits” Clever wordplay in a deceptively simple song.  If you miss Natalie Maines sassiness you will have a new favorite in Kacey